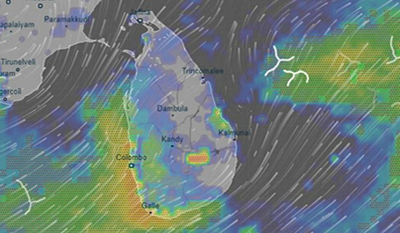 Sri Lanka’s weather is tropical and climatically the island is divided into two zones: The dry zone that spreads over the Northern plains, North central plains, Eastern plains and the Northern and Eastern coastal belts. The Wet Zone that encompasses the South Western region and the single mountain mass of the island that is aptly called the Central Highlands.

Sri Lanka’s weather patterns are generally well-defined. However the dramatic global climatic changes do make an impact on Sri Lanka too. So there are times that it can rain unexpectedly or you might experience a heat wave.