Sri Lanka, officially the Democratic Socialist Republic of Sri Lanka, is an island country in South Asia, located in the Indian Ocean to the southwest of the Bay of Bengal and to the southeast of the Arabian Sea. The island is geographically separated from the Indian subcontinent by the Gulf of Mannar and the Palk Strait. The legislative capital is Sri Jayewardenepura Kotte and the commercial capital and largest city is Colombo.

Sri Lanka’s documented history spans 3,000 years, with evidence of pre-historic human settlements dating back to at least 125,000 years. It has a rich cultural heritage and the first known Buddhist writings of Sri Lanka, the Pāli Canon, date back to the Fourth-Buddhist council in 29 BC. Its geographic location and deep harbors made it of great strategic importance from the time of the ancient Silk Road through to the modern Maritime Silk Road.

Sri Lanka was known from the beginning of British colonial rule as Ceylon. A nationalist political movement arose in the country in the early 20th century to obtain political independence, which was granted in 1948; the country became a republic and adopted its current name in 1972. Sri Lanka’s recent history has been marred by a 26-year civil war, which ended decisively when the Sri Lanka Armed Forces defeated the terrorism in 2009.

Sri Lanka has a long history of international engagement, as a founding member of the South Asian Association for Regional Cooperation (SAARC), and a member of the United Nations, the Commonwealth of Nations, the G77, and the Non-Aligned Movement. Along with the Maldives, Sri Lanka is one of only two South Asian countries rated “high” on the Human Development Index (HDI), with its HDI rating and per capita income the highest among South Asian nations. The Sri Lankan constitution accords Buddhism the “foremost place”, although it does not identify it as a state religion. Buddhism is given special privileges in the Sri Lankan constitution.

The island is home to many cultures, languages and ethnicities. The majority of the population is from the Sinhalese ethnicity, while a large minority of Tamils have also played an influential role in the island’s history. Moors, Burghers and Malays are also established groups on the island

Sinhala and Tamil are the two official languages of Sri Lanka. The Constitution defines English as the link language. English is widely used for education, scientific and commercial purposes. 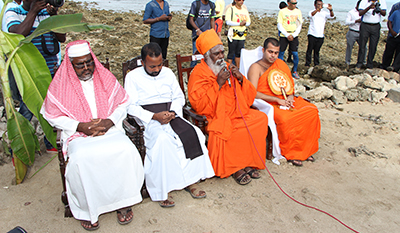 Sri Lanka is a multi-religious country. Buddhists comprise 70 per cent of the population. Most Buddhists are of the Sinhalese ethnic group. Buddhism was introduced to Sri Lanka in the 2nd century BCE by Venerable Mahinda. A sapling of the Bodhi Tree under which the Buddha attained enlightenment was brought to Sri Lanka during the same time. The Pāli Canon (Thripitakaya), having previously been preserved as an oral tradition, was first committed to writing in Sri Lanka around 30 BCE. 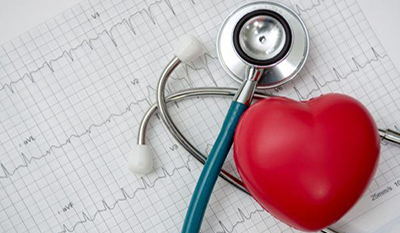 Sri Lanka has a universal health care system that extends free healthcare to all citizens, which has been a national priority. OPD facilities are readily available in public (general) hospitals situated in major towns and cities, with laboratory and radiology facilities common in most. 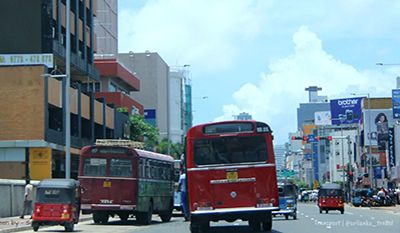 Buses are the principal mode of public transport. Service is provided by the state-run Sri Lanka Transport Board (SLTB) and privately owned buses.

Sri Lanka’s weather is tropical and climatically the island is divided into two zones: The dry zone that spreads over the Northern plains, North central plains, Eastern plains and the Northern and Eastern coastal belts. The Wet Zone that encompasses the South Western region and the single mountain mass of the island that is aptly called the Central Highlands.

Sri Lanka’s weather patterns are generally well-defined. However the dramatic global climatic changes do make an impact on Sri Lanka too. So there are times that it can rain unexpectedly or you might experience a heat wave.